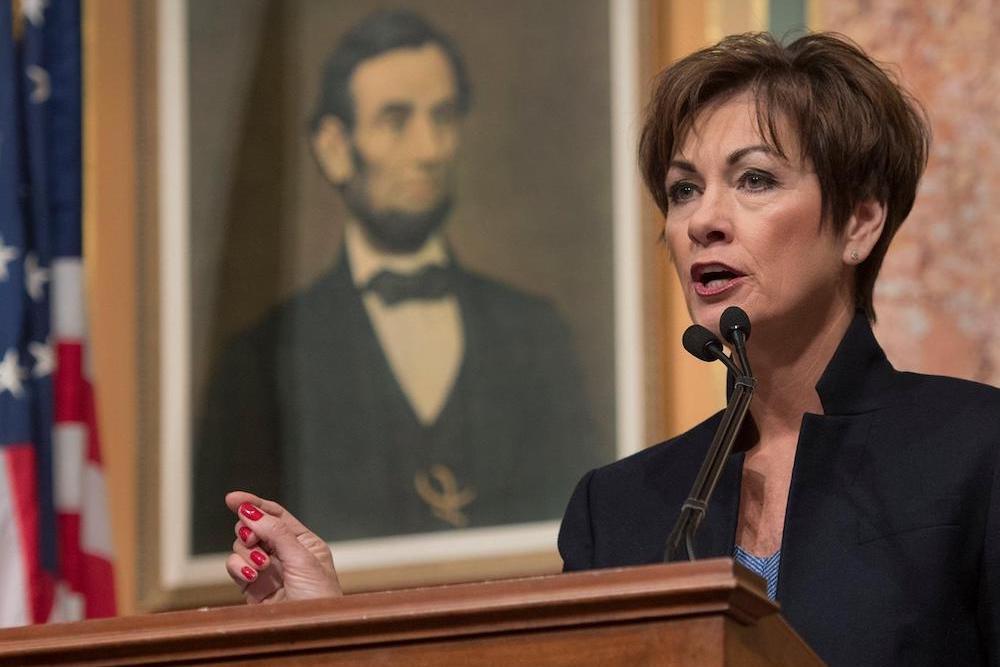 A vote by the Iowa House on requiring felons to pay full restitution to victims before restoring their right to vote got put on hold by a suspension of the legislature.

Lawmakers voted on March 16 to suspend the current legislative session for 30 days to help prevent the spread of COVID-19.

Four days earlier the House Judiciary Committee sent a recommendation to pass the Senate bill to the full House.

Republican Gov. Kim Reynolds said that her priority is to get the constitutional amendment passed. She said she accepts restricting the most serious crimes from automatic voting rights restoration and she is willing to discuss payments that make crime victims whole. Previously, Reynolds opposed requiring repayment of fines, fees and restitution.

“It is tied to the victims so it's narrower than just court fees and fines so I appreciate that we should never ever lose sight of the victims in all of this,” she told Dallas County News. “It’s a good start and I look forward to just continuing that conversation.”

The Senate bill also restricts felons convicted of child endangerment resulting in the death of a minor or election misconduct. They would need a pardon or restoration of voting rights from the governor.

Her proposed amendment would automatically restore voting rights to Iowans with felony convictions once they completed their sentences. That includes probation and parole. The legislature must pass the proposal twice before voters see it on the ballot.

If the bill gets passed by the House and signed into law, it takes effect only if the Legislature and voters approve Reynolds’ proposed constitutional amendment. The House passed it 95-2 in their 2019 session while the Senate has yet to approve it. The restrictions in the Senate bill make the passage more likely.

During last year’s session, some senators rejected the notion of restoring voting rights before felons made complete restitution repayments. They wanted crimes such as murder and manslaughter excluded. Those would still require a pardon or individual restoration of rights from the governor.

Sign-up and get latest news about the courts, judges and latest complaints - right to your inbox.

By signing up you agree to receive email newsletters or alerts West DSM News. You can unsubscribe at any time.

Senate Democratic Leader Janet Petersen wanted a more inclusive bill. She supported this measure because it gets more Iowans access to the polls.

“Clearly if Democrats were in control, we would have had a different piece of legislation coming out of the judiciary committee because we believe in expanding voter rights,” Petersen told Dallas County News. “Sometimes when you’re in the minority, you get what you get. It expands voter rights, but it’s not as extensive as I would like to see.”

The bill’s restitution payment requirement might not survive a court challenge. The day the Iowa Senate Judiciary Committee approved the bill, a federal appeals court in Atlanta ruled a similar Florida requirement unconstitutional. The ruling upheld a lower court’s preliminary injunction that stopped enforcement of the law. Critics said the restitution rule is the same as a poll tax and would disenfranchise released felons. Poll taxes are illegal.

The Senate bill’s author disagrees with this label.

“It’s not a poll tax. It’s not a fee. It’s a murder tax. It’s a sexual assault tax,” Sen. Dan Dawson told Dallas County News. “It’s a tax that a court of law assessed in a criminal proceeding to say that this victim that you created out there is owed some compensatory damages.”

If signed into law, the bill gets repealed if the constitutional amendment restoring felon voting rights is not ratified by Jan. 1, 2023.

Want to get notified whenever we write about Iowa State Senate ?

Sign-up Next time we write about Iowa State Senate, we'll email you a link to the story. You may edit your settings or unsubscribe at any time.

Organizations in this Story